The Pebble ? Fot those not following Wired, Fastcompany and the likes, Pebble is a smartwatch and was one of the most discussed gadgets of 2013. And of 2012, when it hit Kickstarter  and became the biggest crowdfunding success in history. They set out to attract $ 100.000 and got $ 10.000.000. The appeal ? Turn your watch into your 3rd screen. Notifications of  texts, emails. An appstore for new funky functionalities on your watch like thee … 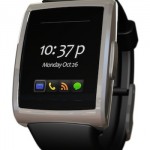 Buzzable fact: the prequel to the pebble, InPulse, was only compatible with Blackberry. Why ? The founders worked just down the road of Blackberry HQ. Everyone there had a Blackberry at the time…

They have now sold 300.000 pieces. They are incredibly successful. But is it truly buzzable as a product ? I have now used it 7 months. I hardly ever wear it. I hardly know where to get new apps. As a result, I hardly ever talk about it. Except when people ask me when I wear it because it’s design sticks out. And when I talk about it, I tell people a 3rd screen has potential but not like this. And I am not the only one who is disappointed, as this story will show.

The allure of the Pebble was – at first glance – 1) the fantastic apps it was going to give us and 2) the convenient notifications of incoming messages on your wrist.

The notifications are ok. But as we are desperately trying to Unplug from information technology, it is not necessarily the killer app.

The apps are really, really disappointing. At last, up to now. If you read the “8 must-have Pebble apps that will make you never want to take off your smartwatch” posting you’d think that the author was on acid when writing. Space Invaders on a watch ? Not only is that so incredibly outdated and done before, it simply does not work. Cool watchfaces ? Come on. A stopwatch ? You’ve got to be joking.

So what’s going on ?

What makes the Pebble buzzable is two things: the fact that it is a crowdfunding success and the fact that is signals – as Google Glass does – the rise of third screens. The first one is simply a fact.

In my opinion, it fails miserably at showing the real potential of the second topic. But does that matter for the Pebble ? No. their timing is just terribly good. The Pebble connects to two topics that are really buzzable so it’s performance matters less. And that is one of the key secrets of buzzability: if your product fits in a buzzable context, it will do wonders. Malcolm Gladwell called this ‘stickiness’ in ‘The Tipping Point’. Another case in point ? Nest, the company recently acquired by Google for gazillions. The stickiness ? Not the applish thermostat or the smoke detector. No, The Internet of Things (great title for a horror movie by the way). 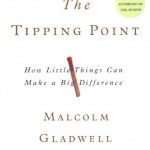 So can you become a stellar success with a mediocre product if the stickiness is tremendous ? Yes, temporarily. Floating on the hype. And maybe you will gain enough momentum and resources to reinvent yourself into something truly buzzable, that will have lasting power and creates real value. Maybe the app-ecosystem recently launched will finally start producing apps that show the promise of a 3rd screen on your wrist. My wishlist for now:

Calendar Notifications – Maybe it exists, haven’t found it yet. You are used to looking at your wrist to check if you are on time for your next appointment. So it’s a mystery to me the Pebb; did not launch with calendar notifications in the first place.

Pick Up Support – You’re in a bar trying to get a girl/boy interested in you. But you’re very weak on good text. Let your smooth-operating buddy listen in on the conversation and give you great lines via your Pebble ! (challenge: how do you mask looking at your watch all the time ?)

Find your (Pebble) Buddy ! Walking in a crowd, the Pebble shows you where to find your Pebble buddy with directions on your wrist. More vibrations when you get warmer/closer

Lie detector. Let your smartphone camera detect whether the person you are talking to is lying. You’ll know when it vibrates.

As you can see and to be perfectly honest, I am also finding it difficult to come up with real stuff. Maybe you can ?

P.s. just out: Google is up next on the smartwatch front. And this looks more buzzable.